Ferrara is situated along the banks of the Po di Volano, a branch of the river Po flowing just a few kilometers from the city, which divides the city center from the primitive settlement of San Giorgio, where is situated the cathedral of San Giorgio fuori le mura.
Ferrara is one of the four Italian cities that have the center still almost completely surrounded by walls, along with Bergamo, Lucca and Grosseto.

The center is divided in two parts by Viale Cavour and Corso della Giovecca, that join in front of the Castello Estense (Castle of Estense family). If the air is clean, from the walls in front of Piazzale Medaglie D'Oro, located at the end of Corso della Giovecca,  it is possible to get a view of the entire path of these two roads, which run straight to the opposite side of the walls, very impressive especially at night.

The Castello Estense is the last castle in Europe surrounded by water moat. It has a square plan with a tower at each corner and several drawbridges.

A short walk from the castle is the Cathedral of San Giorgio with alongside Piazza Trento Trieste. The cathedral is built in Romanesque style and its facade has a number of articulated and relevant details such as balconies, arches, statues, bas-reliefs and rosettes.

Not far away is located Palazzo dei Diamanti, so named for the particular pattern carved on the exterior walls, home of a museum of international importance. Nearby is also located Piazza Ariostea, where every year are played the races of the famous "Palio di Ferrara", the oldest in the world.

The whole center consists of historic houses, you can find at every corner splendid buildings, such as Palazzo di Renata di Francia, home of the University of Ferrara, and Palazzo Schifanoia (literally Palace to avoid boredom) where nobles organized parties, banquets and more; hidden churches, such as Santa Maria in Vado and lush parks, as Massari Park and the park that runs along the walls.

Ferrara enjoyed a golden age under the rule of the Estense family. During the Middle Ages and the Renaissance, it became, in fact, an artistic center of great importance throughout Europe, attracting such personalities as Ludovico Ariosto, Torquato Tasso, Niccolò Copernico and Paracelsus, Andrea Mantegna and Titian, Giovanni Pico della Mirandola and Pietro Bembo.

During the Renaissance, in Ferrara was realized the Addizione Erculea (Herculean Addition), which is the first example of urban planning and design in modern European history. The Addizione Erculea was commissioned in 1484 by the Duke Ercole I d'Este (hence the name) to architect Biagio Rossetti. The new part of the city is called Arianuova, both for its location outside the axis of the old medieval castle, and because it presents wide green areas with no buildings, called "gardens". Thanks to the Addizione Erculea, Ferrara is considered the first modern city in Europe.

Nowadays, Ferrara still hosts important cultural centers, such as the National Art Gallery of Palazzo dei Diamanti, the National Archaeological Museum, the Museum of the Renaissance and the Resistance, the museum of modern and contemporary art Filippo de Pisis, the Cathedral Museum, the Museum Giovanni Boldini, the museum of the Italian Judaism and the Holocaust and many others.

In 1995, Ferrara received the title of world heritage site as city of Renaissance by UNESCO, and later, in 1999, for the "Delizie estensi", which are country residences built by the Estense family during the Italian Renaissance. 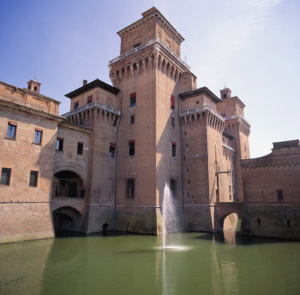 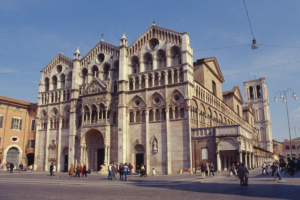 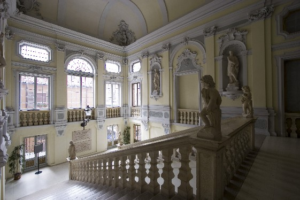